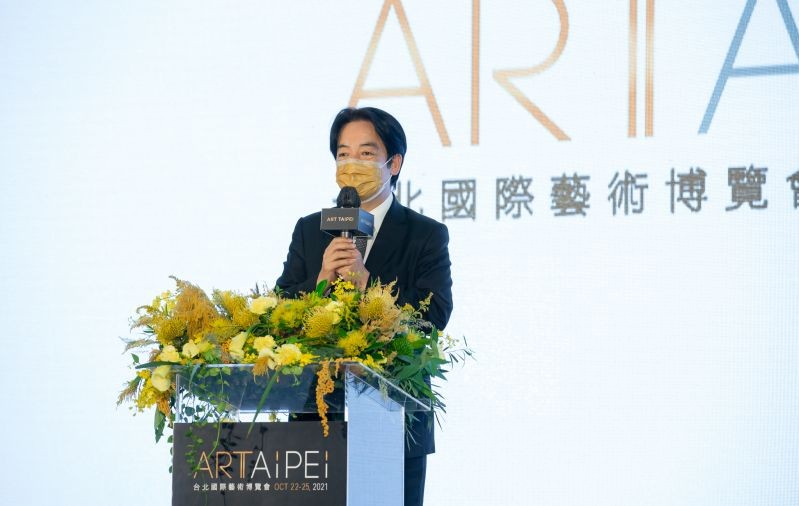 Taiwan is sparing no effort to develop cultural and creative industries, according to Vice President Lai Ching-te on October 21.

The cultural and creative industries are among the main priorities of the government, said the vice president. Enhanced public-private cooperation is essential to ensure their harmonious and successful development, he added.

Lai made the remarks while attending the Art Taipei opening ceremony in Taipei City.

The event has served as a very important exchange platform for international arts in Asia since its launch in 1992, Lai said, adding that it has also facilitated the development of arts and culture in Taiwan through the efforts from all sectors.

The Vice President also took the opportunity to express his gratitude to the event organizer, the Taiwan Art Gallery Association, as well as the Ministry of Culture and the Ministry of Education for promoting the development. cultural and creative industries in Taiwan.

In a statement released by the MOC, the 28th edition of the art fair is running until October 25 at the Taipei World Trade Center.

Other prominent attendees at the event included Jasmine Elise Huggins, Dean of the Diplomatic Corps and Ambassador to Taiwan from Saint Kitts and Nevis; Icyang Parod, Minister of the Indigenous Peoples Council at Cabinet level; Lee Yung-te, Minister of Culture; Oliver Chang, President of TAGA; Tsai Chi-chang, vice president of the Legislative Yuan; and Tsai Ching-hwa, Deputy Minister of Education.

Organized by TAGA since 1992, Art Taipei is the leading international contemporary art fair in the Asia-Pacific region.