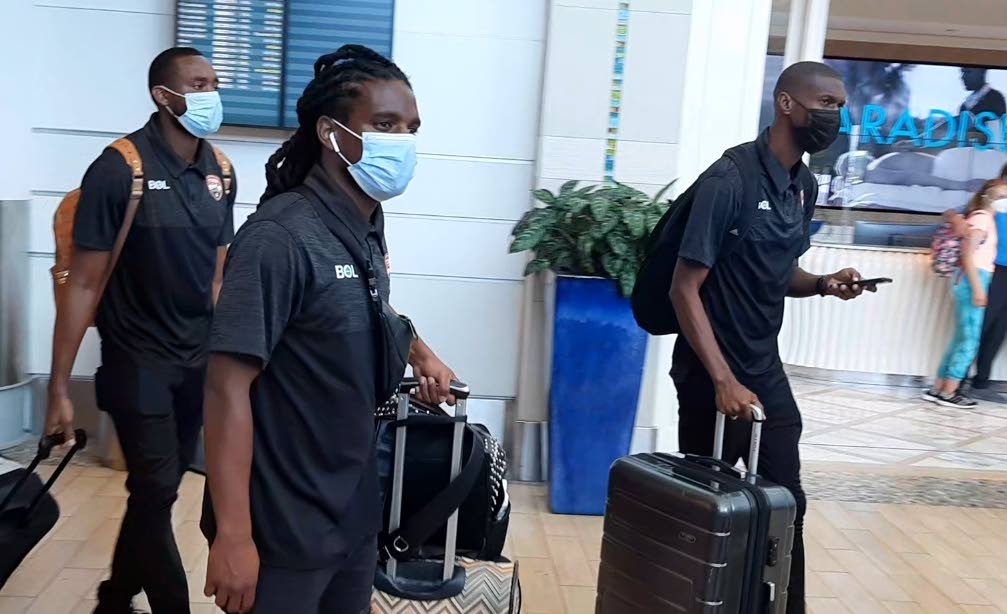 The men’s national football team touched down in Nassau, Bahamas on Saturday afternoon before qualifying for the Concacaf Zone World Cup Group F against the host nation on June 5.

The 28-man squad, led by coach Terry Fenwick, headed to the Breeze Hotel after a night out in Miami, USA on Friday night. All members underwent their PCR tests at the hotel before a light workout at the hotel facilities on Saturday evening.

Belgian defender Sheldon Bateau was the first of the foreign players to join the squad in Nassau on Saturday as they resumed preparations for a pair of qualifiers.

The Bahamas game kicks off at 5 p.m. at Thomas Robinson Stadium in Nassau. The national team then travel to Santo Domingo, Dominican Republic, for their clash against Saint Kitts / Nevis at the Felix Sanchez Olympic Stadium on June 8.

TT began their 2022 qualifying campaign on March 25 by beating Guyana 3-0 in the Dominican Republic. Three days later, however, they were held to a 1-1 draw by hosts Puerto Rico.

As it stands, St Kitts / Nevis leads the group of five with six points, followed by TT (four), Puerto Rico (one), Guyana and the Bahamas (zero). The group winners will advance to the next qualifying round.

Upon arriving in the Bahamas on Saturday, India-based defender Robert Primus (FC Bengaluru) said the team were in good spirits.

“We arrived safe and sound and now is the time to stay focused and get to work. These games are very important because they are two do or die games. We need the six points, but we’re going to take it one game at a time and tackle it as we go.

“I believe everyone on board knows the importance of the two games and I believe that everyone is ready for the test that awaits us,” he said.

Primus said wins in both matches will go to those who are more prepared and willing to work harder.

“We’re going to show a lot of character in training, show what we really want to do and get the points we need. The coach presented (our plans) very well at home in training. They know what the coach expects from them, so I hope they are also ready to take on the task ahead, ”he added.

Uncapped defender Luke Singh, winger Jomal Williams and goalkeeper Nicklas Frenderup will be available for selection only for the St Kitts / Nevis fixture.