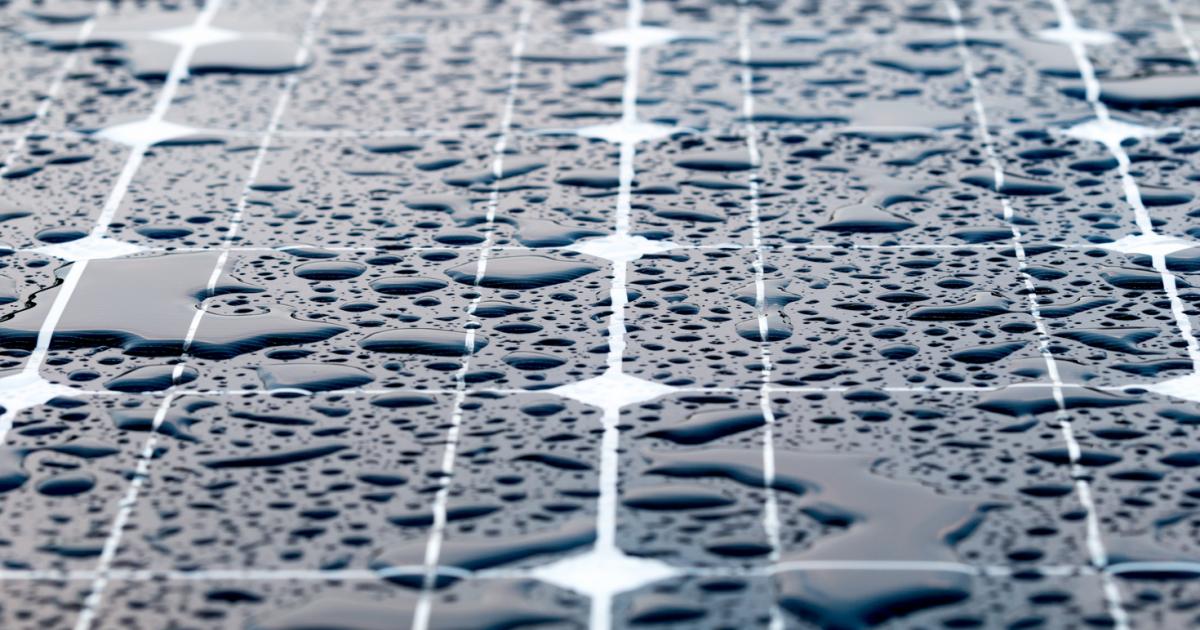 As Hurricane Grace and Tropical Storm Henri wreak havoc along the Atlantic, residents of islands and coastal territories must prepare for an above-average hurricane season. In fact, the National Oceanic and Atmospheric Administration has predicted that we could see up to 10 hurricanes in the Atlantic in 2021, of which three to five could have winds of 111 miles per hour or more. These hurricanes are wreaking havoc on people’s lives, both emotionally and physically. They destroy critical infrastructure, leaving many people without basic services such as electricity and water for long periods of time.

Fortunately, many islands are installing solar photovoltaic (PV) systems – often including batteries – to reduce reliance on volatile fuel imports and provide more reliable power to their residents. However, even photovoltaic systems are not immune to hurricanes. Over the years, we have seen that some PV systems suffer significant damage during hurricanes, while others survive and continue to generate electricity. We tried to find out why.

In 2018, we analyzed solar PV systems in the Caribbean after Hurricanes Irma and Maria. We then wrote a report, “Solar Under Storm,” detailing how to build hurricane-resistant ground-based photovoltaic systems. We followed this up with two reports in 2020: a similar report focusing on rooftop photovoltaic systems and another detailing best practices for decision makers. These reports describe how to build resilient PV systems that are making a huge difference in keeping the lights on for islanders around the world.

Resilience in the Bahamas

Hurricane Dorian devastated the Bahamas in 2019. Since then, government and utilities have worked hard to deploy reliable and resilient energy. And that includes using best practices from our “Solar Under Storm” analysis. RMI worked with Bahamas Power and Light to design, develop and install a solar micro-grid on Ragged Island. The 390 kilowatt (kW) micro-grid is designed to withstand a Category 5 hurricane (with winds of 180 mph) and provides 93% of the island’s energy needs. The project was featured on CBS’s “60 Minutes”.

Some PV systems suffer significant damage during hurricanes, while others survive and continue to generate electricity.

Another system in the Bahamas built using recommendations from the reports is the 1.1 megawatt (MW) battery-powered solar micro-grid on Highbourne Cay. The micro-grid, also built to withstand a Category 5 hurricane, will provide electricity to up to 100 residents and guests of the island resort. It will also save more than 1,650 tonnes of CO2 annual emissions and pays for itself through diesel savings in just five to six years.

The recommendations are even used in the Bahamas’ largest solar project to date. The 4 MW solar and battery micro-grid on Chub Cay is expected to be completed by mid-September. Chub Cay is a private island that was powered by diesel generators. However, the island’s Texan owner, who ironically made his money from oil and gas, realized that it made financial sense to switch to solar power to provide 90% of the power for the island. Applying report resiliency best practices only increased costs by 5-7%. It was also a worthwhile investment to ensure the system survived hurricane-force winds.

“Fortunately, most of these systems did not experience a Category 5 hurricane after installation. We don’t wish that on anyone,” said Chris Burgess, project manager for RMI’s Global South program. “But we have a lot of data from the surviving systems of Irma and Maria that has already enabled us to conclude that these best practices work and that these new resilient PV systems will survive severe storms.”

Other Caribbean islands also use the best practices described in the reports. For example, Montserrat recently completed a 750 kW micro-grid. In the event of a grid failure, the micro-grid will help supply electricity to a hospital, an airport, an assisted living apartment complex and a number of homes in the area.

A 100 kW solar micro-grid on the Grenadine Island of Mayreau, deployed in 2019 by St. Vincent Electricity Services Limited with the help of RMI, serves 28% of the island’s electricity demand. It drastically reduces the island’s energy costs and will ensure the availability of electricity for critical facilities during storms.

“The Mayreau project was originally specified to withstand Category 4 winds,” says Fidel Neverson, senior project manager for RMI’s Global South program. “That was before we saw the total destruction caused by Hurricanes Irma and Maria to ground-based solar panels built to Category 4 specifications.”

Using best practices from the first “Solar Under Storm” publication, RMI and the project team completely redesigned the Mayreau solar panel to a Category 5 design. survive the types of devastating hurricanes that have recently hit the region so that islanders can enjoy its benefits for years to come, ”Neverson adds.

We have also seen many of them continue to provide electricity after the grid went out due to the earthquakes that ravaged the island in early 2020.

And in Puerto Rico, after Maria and Irma caused the biggest blackout in U.S. history, RMI helped the island install solar and battery-powered microgrids in 10 public schools. “All of our purchases require installers to adhere to the principles of ‘Solar Under Storm’,” says Roy Torbert, RMI Global South Program Director. “The systems at these schools were built to withstand Category 5 hurricane winds. But we also saw many of them continue to provide electricity after the grid went out due to the earthquakes that took place. ravaged the island in early 2020. “

The third report produced by RMI, “Solar Under Storm for Policymakers”, pointed out that it is not only installers who must act on recommendations. There are many things that governments, regulators and developers can do to improve the survivability of solar PV systems in the face of severe storms. Many policy makers in the Caribbean take this to heart. The Organization of Eastern Caribbean States has adopted best practice Solar Under Storm reporting in its building code. And the Caribbean Development Bank uses the recommendations as part of its underwriting process for financing solar projects.

Three years after the publication of our first “Solar Under Storm” report, we are happy to see all the solar projects that have used our recommendations. “We found that the design, manufacture, quality materials and quality controls made the difference between survival and failure,” said Burgess. “We realized that we didn’t need a technical or manufacturing revolution, we just needed to have attention to detail.”

Fortunately, the Caribbean islands are using these details to prepare their solar systems for the ever-increasing hurricanes. In this way, we can ensure reliable and vital food for those who need it most.