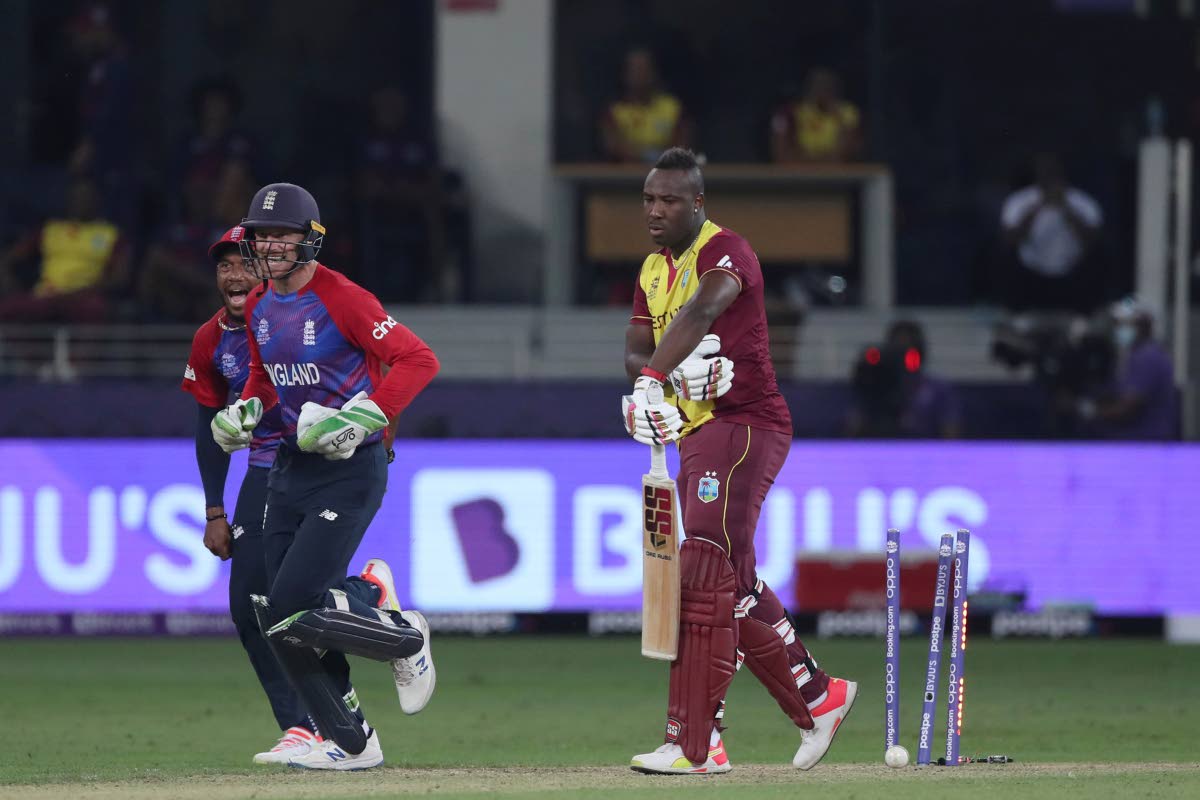 West Indies captain Kieron Pollard described his side’s batting performance against England in their opening game of the International Cricket Council (ICC) T20 World Cup as unacceptable after collapsing for just 55 points – the second lowest score ever for a full ICC member.

Full members include the best teams in the world.

The lowest score for a full member was 45 by West Indies against England at Warner Park in St Kitts in 2019.

The shocking display from the hitters led to a six-wicket victory for England in Dubai, United Arab Emirates on Saturday.

“There are no words to explain it,” Pollard said after the game.

“It was clear to see. I don’t think we’ve been good enough on all counts… being grouped for 55 is unacceptable, so we accept it. We take responsibility and that kind of games sometimes as a unit, we just have to put it in the trash and move on. “

Pollard said the team will not dwell on the dismal performance.

“I don’t think any kind of panic will take hold in the camp… we just have to accept it.” It’s like that. It’s clear to see what we’ve done and we just have to take it on our chest as great men and move on because it’s an international sport.

After being sent to bat, the West Indies were immediately on the back foot as they struggled in particular against the English spinners.

The selection of shots by the West Indies beaters was poor, as most of them were captured.

Evin Lewis, one of the few West Indies batsmen to enter the tournament in good form, was caught well by Moeen Ali who came back halfway to give the wicket to quick pitcher Chris Woakes.

Lendl Simmons followed his opening partner to the pavilion when he was caught in the middle of the wicket by Liam Livingstone to give Ali the scalp. The West Indies were already desperate for a partnership with the score of 9/2 in the third round.

Shimron Hetmyer joined Chris Gayle and the couple began to fight back.

Hetmyer hit Ali for two consecutive fours, but at the same time he was caught for nine.

Chris Gayle, the only batsman to hit double the numbers, was caught for 13 by mid-wicket running back Dawid Malan. He was soon 38/5 after eight overs when Dwayne Bravo, promoted to the top of the order, was caught in the backstitch.

The wickets continued to drop as vice-captain Nicholas Pooran (one), Andre Russell (duck) and Pollard (six) were sacked in that order, leaving the West Indies teetering on 49/8 after 12.1 overs.

Leg spinner Adil Rashid, who caused the damage at the end of the West Indies innings, finished with a remarkable 4/2 in 2.2 overs. Ali and quick pitcher Tymal Mills both took 2/17 in four overs.

In response, England came in at 56/4 on 8.2 overs, Jos Buttler finishing on 24, not 22 balls. Left arm spinner Akeal Hosein snatched 2/24 in four overs, which included a spectacular one-handed dive on his bowling alley to get rid of Livingstone.

The decision was revised as the referees ruled that the ball may have touched the ground when Hosein fell. It was the only bright spark for the West Indies that day.

The West Indies’ preparation for the tournament was not ideal as they lost both preparation matches convincingly to Pakistan and Afghanistan.

Many drummers in the West Indies have struggled with their form in recent months.

The West Indies v England game was a replay of the 2016 final when the West Indies won the title after Carlos Brathwaite hit four consecutive sixes in the game’s final final. Brathwaite is not making the 2021 squad.

The West Indies will aim to rebound against South Africa on Tuesday at 6:00 am TT.

Man of the Match: Moeen Ali.