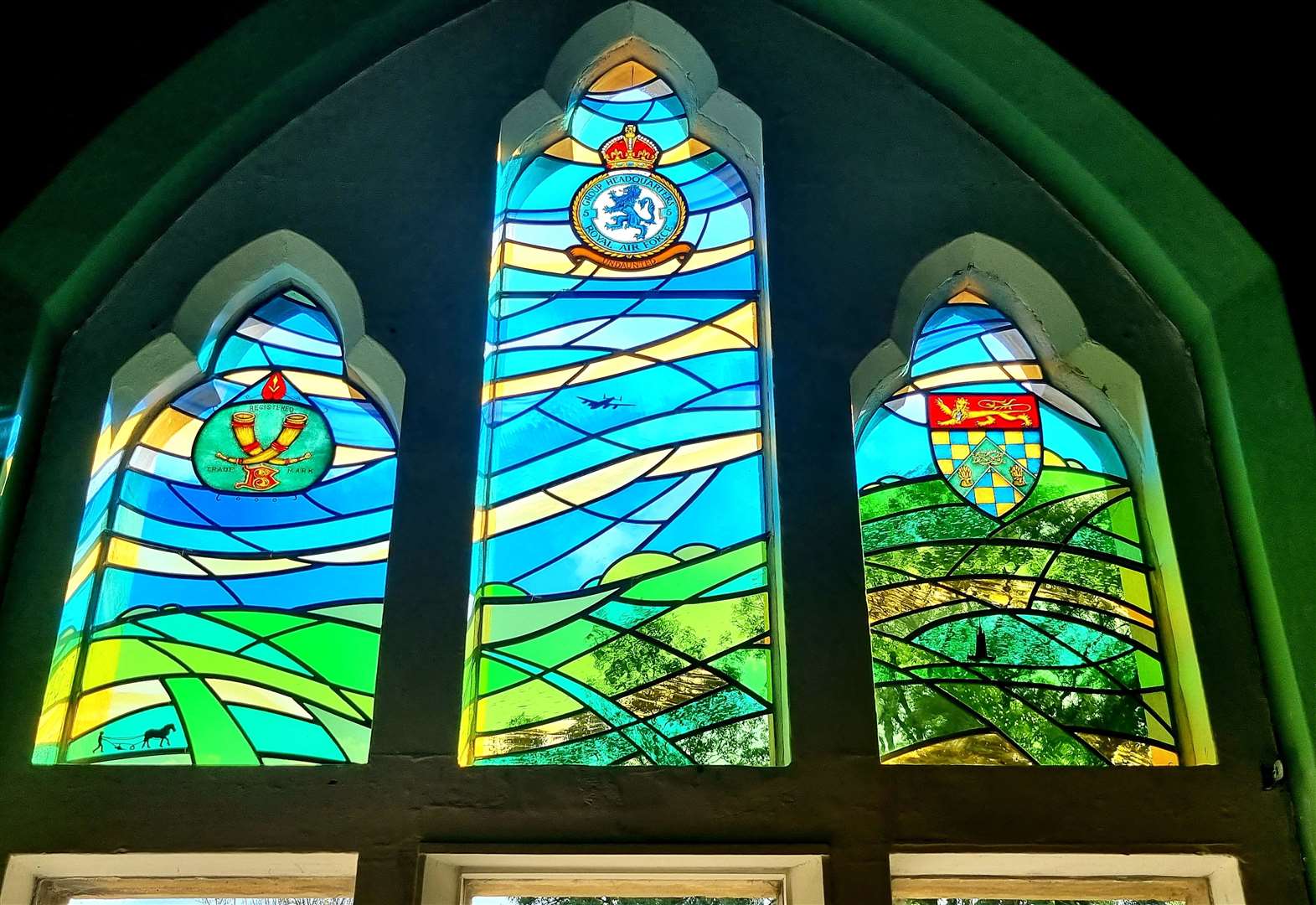 A stained glass window has been installed in a grade II listed building.

The Deputy Mayor of Grantham, Councilor Graham Jeal installed a magnificent stained glass window in St Vincent’s Hall in Grantham, where he lived for over a decade.

The new window replaced a south-facing kitchen window and reflects a part of the house’s important history.

Clare Williamson, of Loughborough, created the stained glass window, which was designed by a friend of Councilor Jeal.

Coun Jeal said: “I thought about it for a long time and thought a stained glass window would be fabulous and it’s fantastic, a better event than I thought it would be.

“There’s a lot of detail in there actually, I think Clare did a fantastic job and they really come to life in the sun.”

Each section of the window represents one of the three owners of St Vincent’s Hall, starting with engine and machinery maker Richard Hornsby who built the house in 1868.

The middle window represents the period the building was owned by the Air Ministry through a ridge and the silhouette of a Lancaster bomber. The famous Dam Busters raid was coordinated from the hall.

The last section of the window bears the coat of arms of the South Kesteven District Council to represent the property of the Hall Council before it became private property.

9 people have contracted the coronavirus, while 2 die in Saint Kitts and Nevis