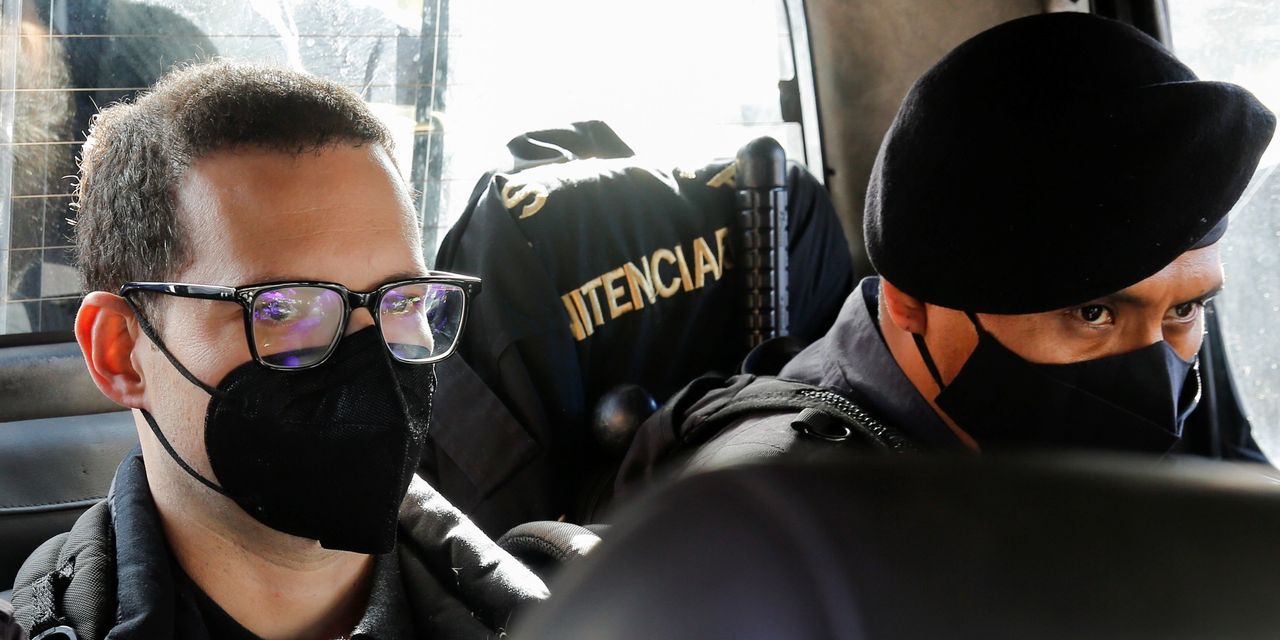 Luis Enrique Martinelli, the son of the former president of Panama, appeared in federal court in Brooklyn, New York on Tuesday, and said he would plead guilty to participating in a bribery scheme involving Brazilian company Odebrecht SA .

Mr Martinelli’s appearance in a virtual hearing follows what prosecutors described as an extraordinary effort to evade prosecution in the United States last year by means of a stealth crossing of the border and a boat ride to the Bahamas. He was extradited Monday to the United States from Guatemala, where he was held for 16 months with his brother, Ricardo Alberto Martinelli, whose extradition is pending, according to prosecutors.

Our Morning Risk Report provides information and updates on governance, risk and compliance.

Luis Martinelli and his brother have been accused by the Justice Department of helping launder up to $ 28 million in bribes allegedly paid by Odebrecht to an unidentified senior Panamanian government official described as their relative parent.

An attorney for the two brothers told a federal judge in Brooklyn on Tuesday that Luis Martinelli intended to enter into a plea deal with U.S. prosecutors under which he would plead guilty to one count of conspiracy to commit a crime. money laundering.

The case stems from a high-profile corruption investigation into Odebrecht, a Brazilian construction company, and one of its subsidiaries, which reached a series of multi-billion settlements with US, Brazilian and Swiss authorities in December 2016. Last year the company changed its name to Novonor.

Prosecutors said the company was involved in paying more than $ 700 million in bribes to government officials and political parties in Panama, Brazil and elsewhere. The case arose out of Brazil’s so-called Operation Car Wash investigation and has led to scrutiny by alumni and politicians and officials across Latin America.

In Panama, former President Ricardo Martinelli, who was not named in US court documents accusing his sons of money laundering conspiracy, has been the subject of various criminal investigations.

Her sons, who previously resided in the Miami area, were indicted by Panamanian money laundering officials in February 2017. They remained in the United States, where they were in talks with prosecutors regarding the government’s investigation. , until 2020.

Meanwhile, the Martinelli brothers have almost reached a deal with the Justice Department to resolve their liability in the United States stemming from the Odebrecht case, Michael Harper, a federal prosecutor, told the investigating judge at the hearing. Luis Martinelli’s appearance on Tuesday.

But shortly before reaching a final deal, Luis Martinelli, along with his brother, wife and children, crossed the US border in June 2020 and traveled to the Bahamas by boat, where they boarded a boat. ‘a personal jet to attempt to get to Panama,’ Harper said.

Luis Martinelli and his brother would have traveled to Panama had it not been for the coronavirus travel restrictions that temporarily prevented their jet from entering the country, Harper added. They were arrested in Guatemala City “just minutes” before their jet was about to take off as part of a new attempt to reach Panama after obtaining humanitarian clearance to enter the country, a he declared.

The investigating judge on Tuesday ordered Luis Martinelli to remain in detention pending his plea hearing and conviction at the request of prosecutors, who said the episode demonstrated that Mr. Martinelli was at high risk of absconding.

Luis Martinelli’s lawyer in a letter to court on Monday called the attempt to travel to Panama a “reckless mistake”, saying the brothers were seeking to reunite with their families after the outbreak of the pandemic. Lawyer James McGovern did not respond to a request for further comment.

Luis Martinelli is due to appear in court again on December 14, the judge said on Tuesday.