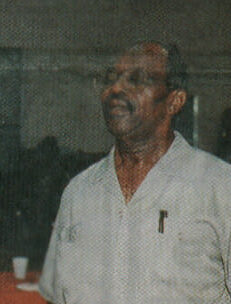 In a statement, the BHCAWU said: “It is with sad regret that the Bahamas Hotel Catering and Allied Workers Union recognizes the death of a true hero and founding member of the union, Dr Thomas Bastian.

“He served the union diligently for 18 years, from 1982 to 2000. Indeed, Bastian was the longest-serving president of the hotel union and he will be missed by all.

“Bastian also kept the Workers’ Pension Fund alive. As part of his portfolio, he was also in charge of advancing housing projects for hospitality workers across Family Islands, among other such initiatives.

BHCAWU President Darrin Woods said Bastian was a visionary with no shortage of ideas to make the union work.

“He was tenacious and a masterful player who played at the top of his game,” said Woods.

“He was the one who launched collective bargaining and set the tone in terms of legislation. He was well balanced and he empowered [the] union in this perspective.

“He also served [at the] National Workers Co-operative Credit Union, which has become a saving arm of the union in many ways. “

Eyewitness News understands that the last rites and funeral arrangements will be made at a later date.

Condolences go out to Bastian’s surviving family and friends.