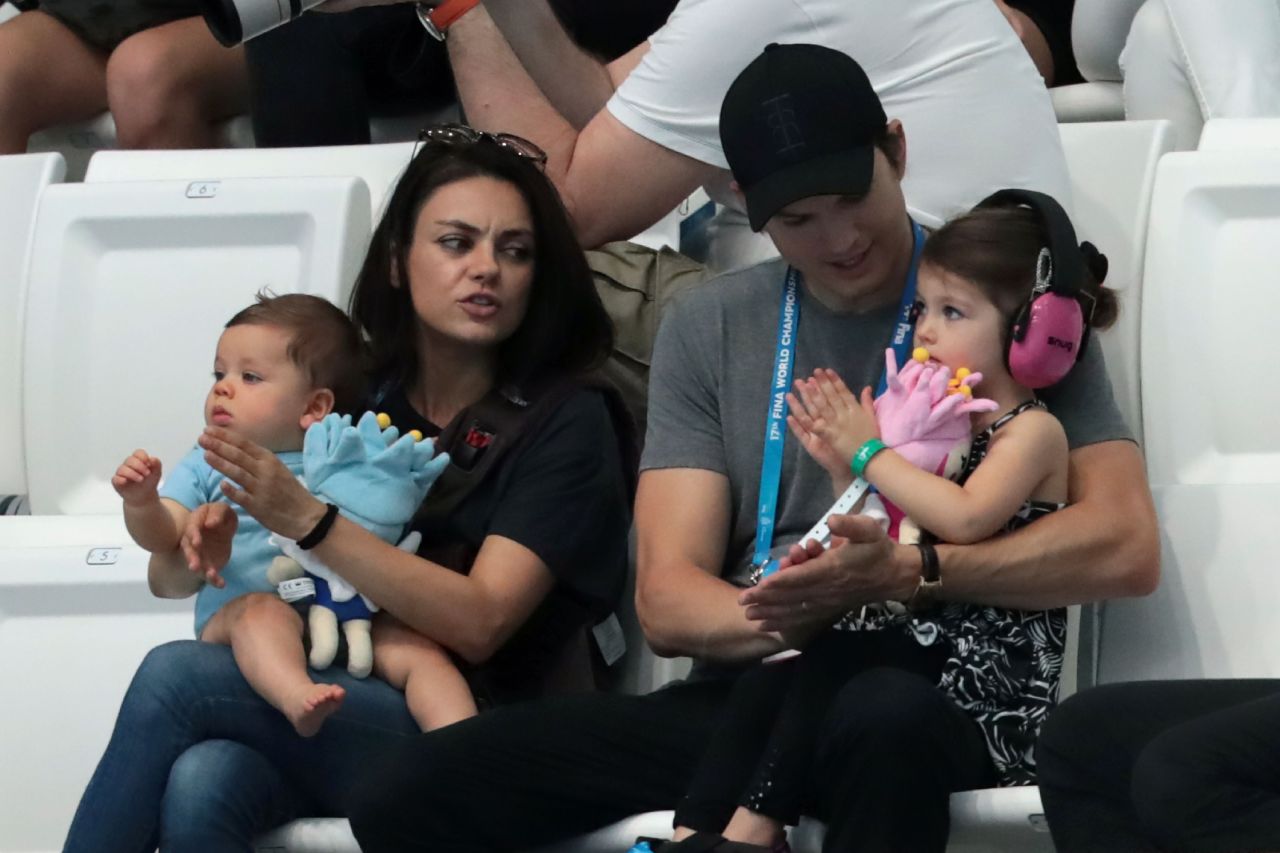 (NEXSTAR) – After making headlines in July for claiming there was “no point” by bathing their children unless they are visibly dirty, Ashton Kutcher and Mila Kunis poke fun at themselves – and controversy in general – on social media.

On Wednesday, Kutcher shared a video clip of Kunis bathing their children, in which he jokingly pretends to worry about his motives and methods.

“Do you put water on the children?” Are you trying to melt them ?! ”he asked Kunis.

“Are you trying to hurt them with water?” It’s ridiculous, “he added.” It’s like the fourth time this week. Four times this week!… Their body oils are going to be destroyed!

Kutcher’s Instagram post came just weeks after the actors admitted to rarely bathing their children on the ‘Armchair Expert’ podcast, hosted by Dax Shepard and Monica Padman. The subject emerged after Kutcher and Kunis agreed with Shepard that daily use of soap would interfere with the body’s natural oils.

“I didn’t have hot water as a kid, so I didn’t shower much anyway,” Kunis said. “But when I had kids, I didn’t wash them every day either. I was not that parent who bathed my newborn babies – ever.

Days later, during an appearance on “The View”, Dax Shepard and his wife Kristen Bell added that they too often leave their children without a bath for up to “five, six days.”

“I’m a huge fan of waiting for the stench,” Bell said. “Once you smell a whiff, it’s how biology lets you know you need to clean it up. “

According to the Cleveland Clinic bathing guidelines, children under the age of 6 should spend “quality time in the tub” two or three times a week, or more if necessary. Children 6 to 11 years old need at least two or three baths, or more if they become “muddy, sweaty, or smelly.” Daily showers are recommended for older children.

The Association of the American Academy of Dermatology, meanwhile, recommends bathing children aged 6 to 11 at least once or twice a week.

“How often your child needs a bath depends on their age and activities,” ADADA said.