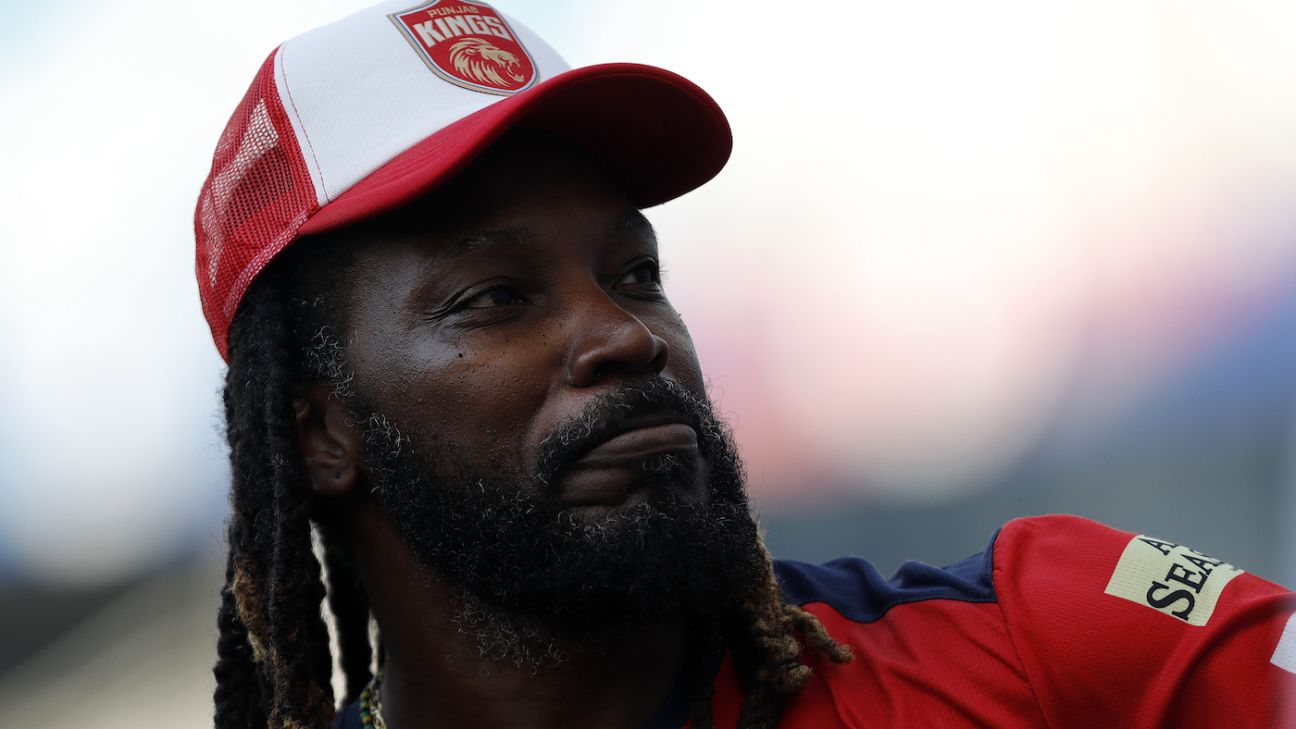 The Punjab Kings have announced that Chris Gayle will be leaving the IPL bio-bubble due to bubble fatigue. Barely arriving from the Caribbean Premier League (CPL) bubble, Gayle said he is looking to mentally refresh himself ahead of the T20 World Cup next month.

“For the past few months, I have been part of the CWI bubble, the CPL bubble followed by the IPL bubble, and I want to mentally rejuvenate and refresh myself,” Gayle said in a statement. “I want to refocus on helping the West Indies at the T20 World Cup and would like to take a break in Dubai. I thank the kings of Punjab for giving me time off. My wishes and hopes are still with the team. the best for the matches to come. “

Only six players have played more T20 games this year than Gayle’s 37, who have come for four teams – West Indies, St Kitts and Nevis Patriots, Quetta Gladiators and Kings. The 42-year-old has played in two of the Kings’ three games since taking over the IPL in the United Arab Emirates. The Kings statement says Gayle is expected to be in Dubai before joining the West Indies squad for the World Cup which begins on October 17.

“I played against Chris and coached him for the Punjab Kings and throughout the years that I have known him he has always been an absolute professional and we as a team respect his decision and his desire to prepare for the T20 World Cup, “said Anil Kumble, Kings head coach.

Gayle isn’t the first top cricketer in recent months to take a break from bubble life. Ben Stokes withdrew from the England test squad, missing their streak against India, and Kieron Pollard, Andre Russell and David Warner all retired from the Hundred earlier this year. The IPL has also suffered a number of withdrawals for the same reason.

Since the start of the Covid-19 pandemic, player withdrawals due to bubble fatigue have been a feature of many tournaments and series around the world. Many of the withdrawals have less to do with fear of contracting Covid-19 and more to do with demands to jump from one strict bubble to another, with restricted travel and a life confined in hotels.

Davis Gov’t “decide if we sink or swim”