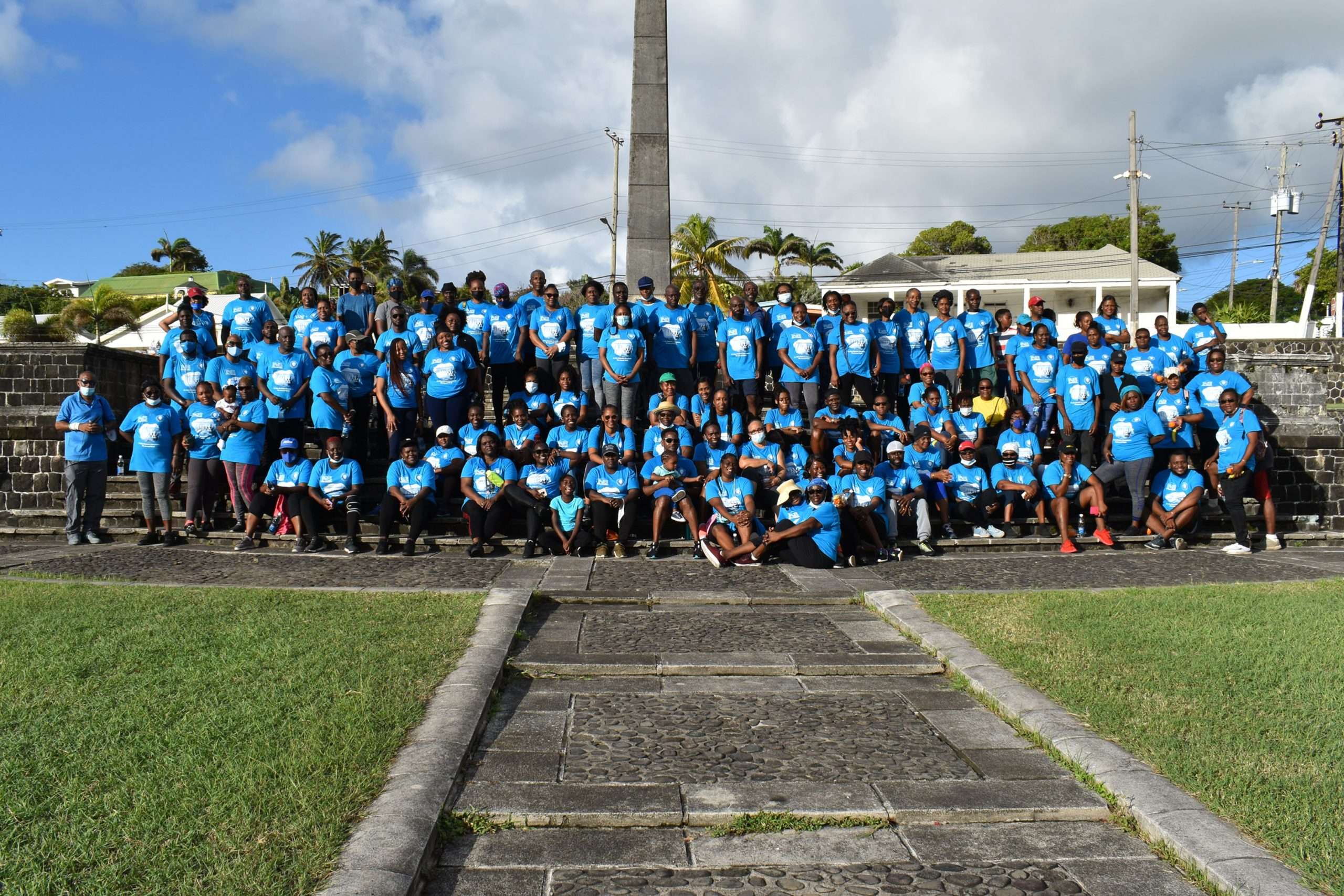 BASSETERRE, ST. KITTS, Nov. 20, 2021 (MMS-SKN) – Health Minister The Honorable Akilah Byron-Nisbett praises the work of the St. Kitts Diabetes Association, and while pledging the support of her ministry, she is mobilizing to ensure that people help the association because it educates the general public about the disease.

Minister Byron-Nisbett made the remarks on Saturday, November 20 at the Fortlands War Memorial Cenotaph, where she addressed participants who had taken part in the 7th Annual St. Kitts Diabetes Association Walk, which s’ is held under the theme “Access to diabetes care”. .

“Everyone, have a blessed Saturday and don’t let this awareness end today,” pleaded the Honorable Byron-Nisbett. “We need to make sure that awareness continues throughout the year, and I would like to encourage people to do whatever they can to help the Diabetes Association as well.”

According to the minister, the Saint Kitts Diabetes Association has done a very good job trying to help people with diabetes, but added that it needs everyone’s help to do so. She observed that although diabetes is a huge problem in Saint Kitts and Nevis, it is something that can be controlled.

She promised: “The Ministry of Health will continue to support the association, and we hope that every individual who came this morning will also support in any way possible to help them in the work they continue to do to raise awareness, as well as to help people with diabetes.

Participants had gathered at the cenotaph starting at 5.30 a.m. and after warm exercises led by the PRO of the St. Kitts Diabetes Association, Dr Reginald O’Loughlin, and the CEO of the Eastern Benevolent Society, the Dr Lincoln Carty, they went down the Bay Road. , walking to Bird Rock and to the Eastern Caribbean Central Bank roundabout and returning by the same route to the cenotaph.

The march was sponsored by the National Bank of Saint Kitts Nevis Anguilla which provided t-shirts which were sold to raise funds to help the Saint Kitts Diabetes Association in its work over the coming year.

The National Bank was represented during the march by a large contingent of its staff led by the Chairman of the Board of Directors of the Bank, Mr. Alexis Nisbett, the Chief Executive Officer, Mr. Donald Thompson, General Manager – Marketing, Mr. Anthony Morton, Chief Financial Officer, Mr. Anthony Galloway, and Chief IT Officer. Officer M. Quincy Prentice, among others.

In his remarks to the participants after the walk, the CEO of the Bank, Mr. Donald Thompson, told them that the Bank was pleased to have supported “this very magnanimous effort of the St. Kitts Diabetes Association to support and improve health in the Federation. of Saint Kitts and Nevis.

He added: “The National Bank looks after the health and wealth of the people of Saint Kitts and Nevis, and nothing is more important in the development of wealth than in the maintenance and preservation. health.

Thanking the large contingent of supporters of the National Bank who came, he asked them to continue supporting the Saint Kitts Diabetes Association, to continue to pay attention to their health, and also to pay attention to all non-communicable diseases, in particular diabetes, so that they can preserve their health and develop their assets in partnership with the National Bank.

“So thank you all for coming,” said Mr. Thompson. “I wish you all the best, and we look forward to seeing you next year as we continue to make this walk bigger and better, and as we continue to reduce incidents of diabetes in the Federation. “

Other participants in the march included the Permanent Secretary of the Department of Health, Dr Delores Stapleton-Harris, the Chief Medical Officer, Dr Hazel Laws, the Executive Director of the TDC Group of Companies, Mr Nicolas Menon, and the President of the St. Kitts Lions (Basseterre) Club Ms. Heather Grant among others.