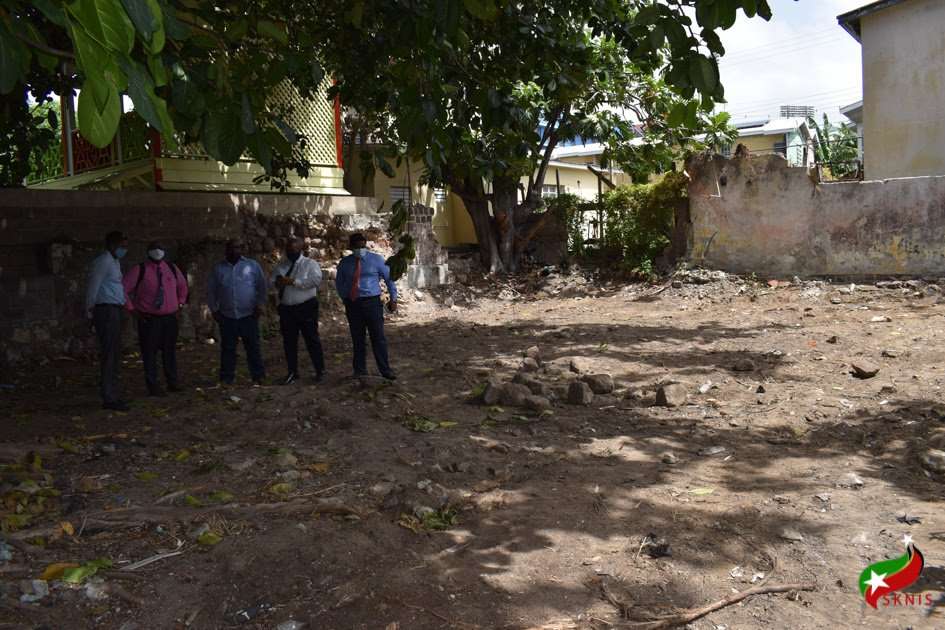 BASSETERRE, Saint-Kitts, July 20, 2021 (Press unit at the Prime Minister’s Office) – The government of Saint Kitts and Nevis is currently speeding up preparations for an area along North Independence Square that will temporarily house a number of food truck vendors who once operated the streets of Basseterre.

First The Minister, the Honorable Timothy Harris, led a small delegation on a visit to the designated area earlier today (Tuesday, July 20). Accompanying the Prime Minister were the Permanent Secretary to the Prime Minister’s Office, Mr. Andrew Skerritt; Permanent Secretary at the Ministry of Agriculture, Mr. Ron Collins; and Chairman of the Interdepartmental Committee on Street Vending, Mr. Austin Farier.

the The team was briefed on the progress of the work carried out to date by the Head of Urban Development, Mr. Rhon Boddie.

Therefore So far, the overgrown area of ​​North Independence Square Street has been cleared of bushes and debris. Additional tree grooming, area sanitation, surrounding wall repair, bathroom installation, erection of proper lighting, and ground leveling will take place over the next few days.

Once completed, it is expected that the area will house at least six large food trucks around the perimeter of the lot with seats in the center.

This The government’s decision follows a decision to stop all street vendors in the city center. Over the years, street vending became a major concern as pedestrians were forced to walk on busy roads as the number of vendors using sidewalks grew exponentially.

He All preparatory work at the North Independence Square Street location is expected to be completed within days, clearing the way for food truck vendors to begin operations there by the end of this month.