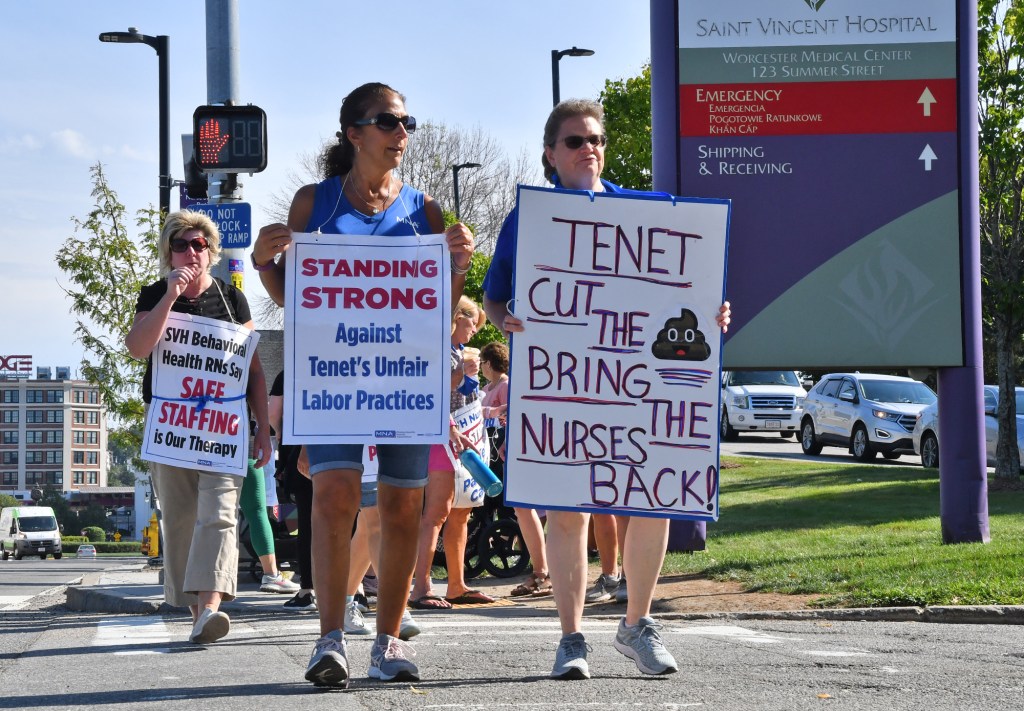 Governor Charlie Baker and had a few terse words for those on both sides of the strike at St. Vincent Hospital as the standoff recently passed the 200-day mark – firing a gunshot from the nurses’ union.

“The Commonwealth needs all available health resources fully operational as we respond to this pandemic. It’s time for both sides to come back to the table and come to a consensus at St. Vincent Hospital, ”said Baker. tweeted Friday afternoon.

The hospital took this opportunity to implore nurses to return to work, arguing that “the nurses’ strike has gone on far too long, and it is no surprise that the (Massachusetts Nurses Association) refuses to take responsibility for it. its role in the extension of this strike. “said a spokesperson in a statement.

More than 700 nurses began to strike on March 8 over working conditions, arguing that the hospital was understaffed and many of them are still on strike today.

The statement said the Worcester Hospital lawyer spoke to the MNA lawyer in late August and early September, and also sent a letter “detailing several creative solutions we have come up with to address the return issues. at work ”, which included improved severance pay for those who did not want to return, and alternate roles and“ super seniority rights ”for those who were permanently replaced.

This lawyer proposed to consider all “creative solutions” on the part of the MNA as long as they did not involve the displacement of permanent replacement nurses. The statement alleges that the MP’s lawyer has not contacted them since the last meeting.

The striking nurse and deputy chair of MP Marie Ritacco replied in a statement: “The only obstacle to the return of nurses from St. Vincent to the hospital, and the person responsible for this crisis is the CEO of Tenet Healthcare , Carolyn Jackson, ”she said, referring to the owner of the hospital.

The statement added that nurses share Baker’s concern for patients “and we urge him to do everything in his power to convince the source of this impasse, Ms Jackson, to finally negotiate a fair end to the dispute that respects nurses and ensure the safety of our patients.