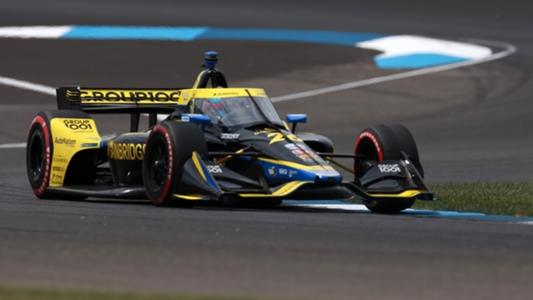 Colton Herta started the Firestone Grand Prix of Monterey on Sunday in position # 1. He finished the race at the same place.

The 21-year-old put in a dominant performance as he led almost flag to flag for the victory, finishing 1.9747 seconds ahead of runner-up Alex Palou. Romain Grosjean finished third after a charge at the end of the race which propelled him to the podium after starting the race in 13th position.

Herta’s victory on Sunday mirrored that of the last race at Laguna Seca, where he also led from pole position.

“I have no idea (what this is about Laguna Seca). I enjoyed racing here so much,” Herta said, quoted by IndyStar. “I’m so glad I did. It’s my favorite track in North America. I love it so much.”

Meanwhile, Palou’s second place added to his IndyCar Series lead. The Spaniard is now 35 points ahead of Pato O’Ward, with next week’s Acura Grand Prix in Long Beach remaining on the season’s schedule.

“We didn’t have enough for the win, but we did everything we could,” said Palou. “It was Herta and Andretti’s day today, and I’m happy with P2.”

Can I watch IndyCar on DAZN?

IndyCar will be available to watch in the following regions on DAZN:

Where can I stream DAZN?

Here is a list of devices DAZN is available on, including web browsers on DAZN.com:

Note: In Argentina, Chile and Colombia, new users can register through devices only, not through the web. Download the DAZN app from the Apple App Store or the Google Play Store.

Where to watch Australia vs. India ODI series