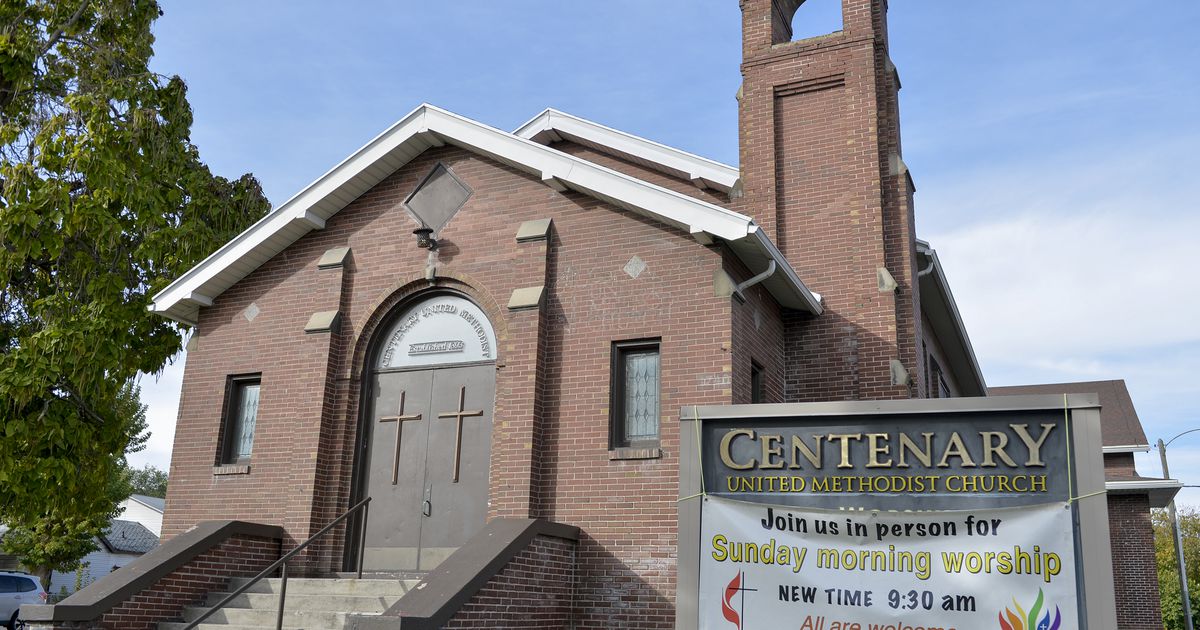 The Centennial United Methodist Church in Salt Lake City is more than a building for members who have spent decades worshiping and serving there.

(Chris Samuels | The Salt Lake Tribune) The centennial United Methodist Church in Salt Lake City is celebrating its 100th anniversary in its present chapel at 1740 S. 500 East. The church was photographed on Wednesday, October 20, 2021.

The Centennial United Methodist Church is more than a building for Lois Archuleta. It is the house.

Now her eyes shine as she helps prepare for an open house in honor of the church’s 100th anniversary. Everything has to be perfect – the people who will attend aren’t just his peers, after all. They are family members.

Archuleta is just one of the countless people touched by the Centennial United Methodist Church throughout its rich history.

“We believe that Christianity is [around] for thousands of years, so in that context 100 years may not seem like much, ”said Reverend AJ Bush, who is the pastor of the First United Methodist Church in downtown and downtown Salt Lake. City. “But I think if you put it from the perspective of people’s lives, 100 years is really meaningful. And we just want to celebrate that.

A brief history of the centenary

According to information provided by the church, in 1892 Reverend George E. Jayne purchased the abandoned Congregation Chapel near the southeast corner of what was then 400 East and 1100 South (now 1700 South). He later consecrated it as the Second Methodist Episcopal Church.

The congregation quickly outgrown this building. So in 1896 a new church was erected next door at the northeast corner of 400 East and Galena, now Blaine Avenue. Later, in 1903, it was renamed the Waterloo Methodist Episcopal Church.

Finally, in 1921, the congregation moved one block east and south side of Blaine Avenue, where the current church was built and named Centenary United Methodist Church.

The name of the church comes from the “centennial” campaign of the early 20th century, when several Methodist communities across the country raised funds to build churches at the same time.

More recently, the history of the church has been affected by COVID-19. Karen Hendry, a member who is the church’s de facto historian, said the pandemic has further reduced their already small congregation – many of whom are elderly -. (At the height of the pandemic, services were held virtually, then outdoors, she said, but with the change of weather, they are indoors again on Sunday. Services are still ongoing. broadcast from sister church, First United Methodist Church.)

However, said Hendry, there is a reason the Centennial United Methodist Church is known as “the church that refused to die,” and their sense of community holds them together.

Another of its nicknames, “Church of the Banners”, comes from the colorful, hand-made banners hung on the walls of the sanctuary.

(Chris Samuels | The Salt Lake Tribune) Banners are displayed as the Centennial United Methodist Church in Salt Lake City celebrates its 100th anniversary in its current chapel at 1740 S. 500 East. The church was photographed on Wednesday, October 20, 2021.

The century-old United Methodist Church may be celebrating its past, but it is not frozen in it. As the faithful look to the future, they see an increased involvement in community service.

But right now, they’re especially excited to host the second location for Art First Arte Primero, an after-school art program focused on Spanish immersion. Worshipers intended to start the program last year, but COVID-19 made it necessary to postpone it until last month.

At the moment, the church accommodates about 12 children from nearby Hawthorne Elementary School Monday through Thursday after school.

“Where our heart is,” said Hendry, “is to [give] a kind of community aid.

Bush added that there had been discussions about establishing a community center or otherwise using church space in a way that benefits others.

“We are always trying,” she said, “to take the next most faithful step.”