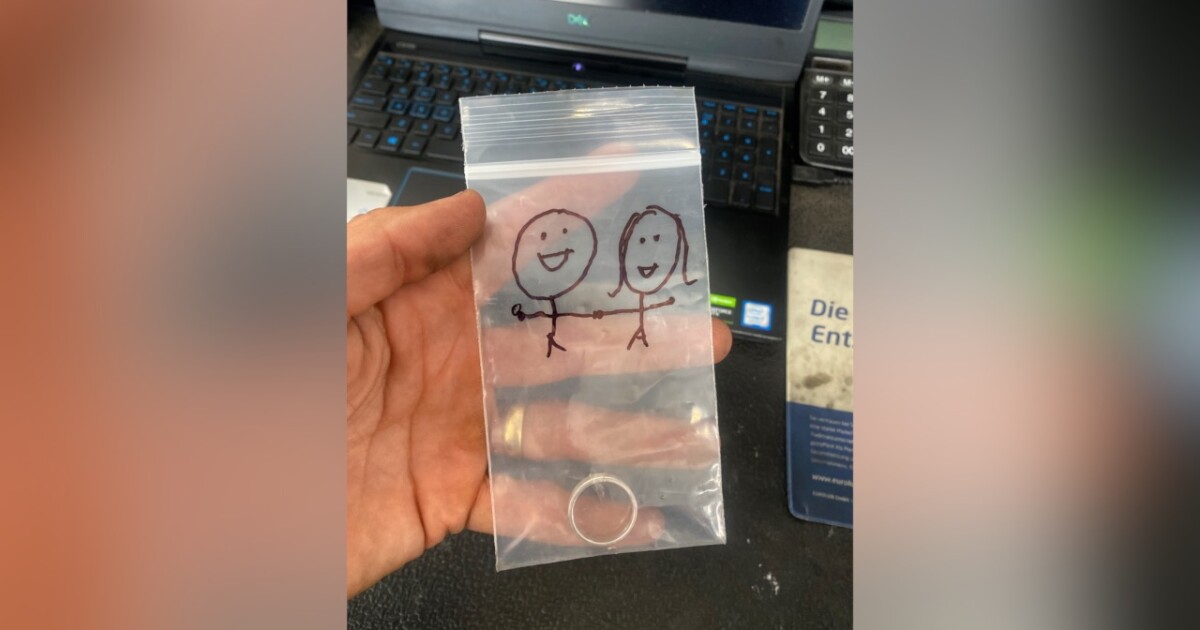 BUFFALO, NY (WKBW) – A local couple’s story will have a happy ending, all thanks to someone from across the country.

Long Beach resident Matt Torian was on vacation in the Bahamas in August. It was a three-day trip that he took strictly to search for lost treasure through metal detection.

The eight-year hobby saw him track down various lost gold nuggets, coins and jewelry all over the state of California.

Torian became interested in the history of pirates and wanted to discover the Caribbean.

He had no idea he would find a white gold wedding ring, belonging to a wedding couple in western New York, who had just married this summer and were on their honeymoon in the Bahamas, when the ring was lost. on the beach.

Initially, thinking it was sterling silver, Torian realized it had sentimental value when he noticed a serial number inside the band.

“I dug it in about two to three feet of water, so it was technically in the Caribbean Sea. It was in soft sand. I knew it had been lost recently because the gold is really heavy and with wave action the gold will sink really fast and before you know it it’s no longer detectable, ”said Matt Torian.

After making a few calls to the engraved jewelry company, Gabriel and Co., the jewelry store said the ring was sold at a Buffalo jewelry store called Bomi Jewelry. He was able to put an address on the package to ship it.

“The ring actually went from Huntington Beach to Buffalo, NY within one working day,” Torian told Pheben Kassahun. “So the ring is worth $ 1,200. I don’t need $ 1,200. I’m happy to return it. For me it’s worth more. I’m married too. I know how sentimental my wedding ring is. I hope his marriage the ring is also sentimental for him. “

Torian said he found more than 50 rings, but this is the first he was actually able to return.

Bomi Jewlery employees told Kassahun the ring is being polished and will be reunited with its owner on Wednesday.