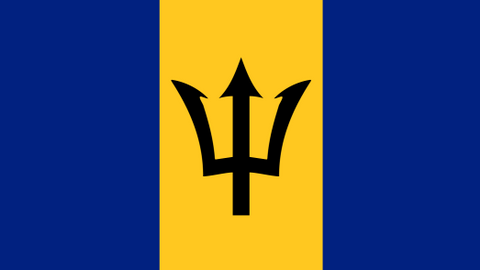 Barbados broke new ground by preparing to become the first sovereign country with an embassy in the Metaverse.

The tiny Caribbean island nation signed an agreement on November 14 with Decentraland, one of the largest and most popular digital worlds powered by crypto, to “define the basic development elements of its metaverse embassy.”

The metaverse has become a buzzword for the future of the internet, especially after social media giant Facebook made headlines last month by rebranding itself “Meta” in its drive to gain a foothold in the Internet. new online social space.

In a press release, the government said that “the Barbados Embassy Metaverse will be at the center of activities to promote the growth of stronger bilateral relations with governments around the world.”

The embassy launch is tentatively scheduled for January 2022. In the real world, Barbados has fewer than 20 diplomatic missions and still plans to maintain its physical embassies.

The Barbados Foreign Office and other government agencies reviewed the plans over the course of several months. The decision to buy virtual land was approved by his cabinet in August.

The government of Barbados is also finalizing deals with Somnium Space, SuperWorld and other Metaverse platforms, according to CoinDesk.

The different projects will identify and purchase land, build virtual embassies and consulates, develop facilities to provide an “electronic visa” and other consular services, and build a “teleporter” that will allow users to transport their avatars between different digital worlds.

The Barbados Ambassador to the United Arab Emirates, Gabriel Abed, is the spearhead behind the idea of ​​pursuing a digital embassy. Abed is also the co-founder and CEO of a crypto firm FinTech Britt, which was behind the development of Africa’s first central bank digital currency, the Nigeria e-Naira.

In an interview with CoinDeskAbed said the government of Barbados sees the move as a unique diplomatic opportunity.

“This is a way for Barbados to expand its diplomatic missions beyond the 18 it currently has with more than 190 countries around the world. This allows us to open the door, using technological diplomacy which then extends to cultural diplomacy – the trade in art, music and culture, ”he said.

Abed added that “electronic visas” will be issued and that the embassy will comply with international law and the Vienna Convention, which sets out the rights and protections accorded to consuls and embassies.

Ultimately, Abed envisions a coordinated effort to build on the Decentral and purchase and capture digital lands in a variety of metaverse.

“The idea is not to pick a winner – the metaverse is still very young and new, and we want to make sure that what we build is transferable across the metamondas,” he said.

Perhaps less surprisingly, Barbados is leading the way in digital adoption, given that it is among the most cryptocurrency-friendly countries.

Barbados has also led the charge on the development of a digital currency called DCash, which is currently being rolled out in four of the eight member countries of the Eastern Caribbean Monetary Union, including Antigua and Barbuda, Grenada, Saint -Kitts-et-Nevis and Saint Lucie.