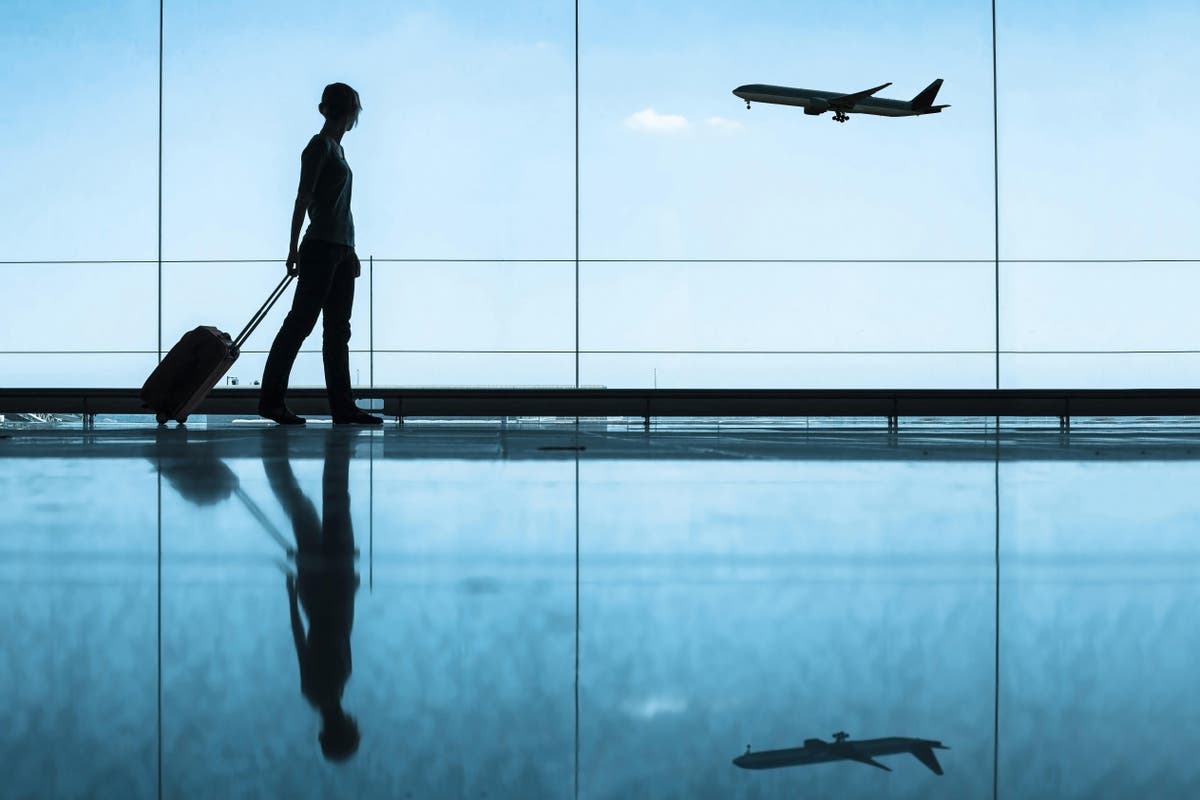 Ahead of upcoming traffic light travel announcements, Covid data expert Tim White analyzed the latest information from genomic sequencing records held by Gisaid, the global database, with a focus on variants of concern. .

He then spent time answering your most pressing questions about overseas travel plans at a ‘ask me anything’ event, which ranged from questions about Thailand vacations to concerns about marriage in Greece.

Here’s a recap of the top 15 questions and answers from Tim’s ‘ask me anything’ he held on Tuesday (September 14):

Hi Tim, I hope you are doing well? Would you be able to give any advice on the likelihood of the Maldives turning amber on the next review? we have to go there on sunday for our honeymoon, but we will have to postpone if its travel status does not change.

Honeymoon? Congratulations. You will have an amazing time. I am convinced that you will go and the Maldives will be taken out of the red.

This is my number one tip. If the Maldives is not removed, there is something really wrong with the system and the people who make the decisions.

With no indoor bars or restaurants in resorts, I consider it the safest Covid-19 destination on the planet!

Hello, we have to fly to Egypt on October 25th. For now, Thomas Cook is not canceling the holidays. What are our chances of being able to go there?

I am skeptical. Egypt has seemingly low cases, but needs to do very little testing. The death rate indicates a much higher infection rate. It is therefore difficult to know how serious the situation is.

The deciding factor, however, could be that Egypt is another country that does not upload data to GISAID, so they have not been able to prove that the country is free from variant strains of Covid19 / Coronavirus.

Hi Tim, thanks for your data analysis. Do you think there will be a more than 50% chance that Turkey will turn orange on Thursday. Thanks in advance.

Yes. Probably around 60% this week. Otherwise 80% chance in the reform of October 1.

Hi Tim, how concerned should I be about Grenada? Flight next Wednesday

Frankly? Very concerned. No country has ever gone from green to red, but looking at the data, Grenada could really be the first. I would look for options.

Grenada’s infection rate is higher than Montenegro’s when it was redlisted 3 weeks ago, while the island is another that did not perform any genomic testing, or at least did not share it with the international collective.

Hi Tim, the odds of the United States turning red this week? I am a US citizen residing in UK and plan to go there on Thursday for a small family wedding – just a little worried.

As far as I know, the United States will not turn red. I would be shocked to say the least. The cases are high and there are low level variants like the new “Mu” variant. But it is very unlikely to be turned red, it would cause outrage and unnecessary political problems. But lucky to be admitted to the United States. Ordinary mortals like us Brits can’t go to the United States – give Joe a thumbs up when you’re there, can you please ?!

Hi Tim. If we go to an amber schengen country after a red country before coming to the UK to avoid hotel quarantine, is it allowed to go from Greece to Italy for example without staying in Greece 10 days after Turkey? Or would Italy ask me where I spent the last 10 days coming from Greece? Hope it makes sense to go a little bit crazy here with all the rules. Thank you in advance.

First check for example Greece and Italy to see if they admit you without quarantine where you are from.

If they’re both happy to admit you without quarantine, then it’s good to move between the two.

The day you land in the first country after leaving the red country is ZERO day, so remember, so you must stay in Greece / Italy or other non-red places for 10 whole days after that before you land again in UK.

Hi Tim. Thank you very much for the analysis you are doing – it’s really appreciated. My partner is a Brazilian national living in the UK. She has not been able to see her family for over 2 years now. Appreciate that it’s not easy, but what would you suggest when she asks you when she could go? We don’t have the savings or the income to afford quarantine at the hotel.

I am really worried that nothing will change for Brazil (or Chile for that matter) in the immediate future.

Most countries in South America have the lowest infection levels on record since the virus first arrived on the continent. However, as you know, Brazil has been invaded by the Gamma variant. Fortunately, Brazil uploads hundreds of samples to GISAID, but 41% are still Gamma. Many scientists believe that this is not really a danger, and that vaccines cope with it. But others fear that it could re-infect more easily, as we saw in Manaus. If Delta takes full control, it will help shut down the variants, but it could take a while.

I know this is an extra expense, and I don’t know where your wife’s family lives in the BRZ but is that possible if it stays red but a neighboring country turns red they might find their way there – Argentina looks good.

My partner and I are supposed to go to Mauritius on Friday for a week’s vacation. I have seen that the cases are increasing, but I know the vaccination rate is pretty good, do you think we will be safe from the dreaded red list?

Yes I also have fears about Mauritius.

It has also not uploaded data to GISAID (on possible variants) for over a month.

It really boils down to:

a) whether Mauritius can upload data to prove that there is no beta or whatever, and

b) how intransigent will the UK government be on countries with small populations not downloading this data.

I think you’ll be fine, because you’re only here for a week. Hopefully it doesn’t turn red this week (more likely during the October reform), and by then you’ll be back home – phew!

Hi Tim! I know it’s a razor’s edge, but if you were to swing one way or the other on Jamaica’s odds of survival this week, what would your bet be?

On the basis that Mr. Shapps didn’t change it 3 weeks ago and hates to admit he was wrong (remember the France amber + fiasco?), Then you may be lucky . Let’s say 51-49% in favor of no change!

What are the chances that costa rica will be removed from the red list by December? on the red list will be detrimental to tourism and to British airways which opened this new route recently.

I took a close look at Costa Rica when researching Simon Calder’s article, which was posted here on The Independent yesterday. This is not good news, I’m afraid, as there is evidence for the circulation of the Gamma variant, which will likely make the UK reluctant to remove it from red for now. The cases are still relatively high too. A place I haven’t visited and would love to have the chance to go, but I think we’ll just wait a while Helen, sorry!

Do you think the government will introduce a home quarantine rather than a hotel if you come back from a red / positive country?

I know it was considered, but it calmed down on that front. That would be my recommendation for the double prick. However, since there haven’t been any leaks about this, I doubt that will happen, but let’s see what is said in the October 1 reform of the system.

Hi Tim. I am leaving for Ghana for work on September 27th. My husband plans to join me on October 15th for a two week vacation. We have not yet booked its flights. Do you think Ghana will go on the red list?

Ghana is really tough to be honest Becca. Many people returning from Ghana in the past two months have tested positive for Covid19, and this is often the reason for the redlist. But he survived 3 weeks ago and could survive again. However, Ghana has not uploaded any genomic sequencing in the last 30 days, so I have to say there is a risk of being placed in red. It’s far from certain though – so keep everything crossed.

Small question about Italy. We need a 48 hour covid test to enter. Can this be the antigen test, will it be accepted? Thank you

Yes, if you are fully vaccinated. This is what is written on the Gov.uk web page regarding the requirements for Italy. it’s always worth continuing to check this page in case there are any late changes.

“… travelers from the UK can enter Italy without having to quarantine if you have proof of having completed a full vaccination cycle or having recovered from COVID, as well as a PCR or antigen test. negative, carried out within 48 hours before entering Italy. “

We hope to travel to Phuket in December. Is Thailand likely to drop off the red list soon, and if so, when? Thank you

Thailand was an odd choice to put in red last time around as cases were already dropping a lot and infection rates weren’t particularly high. It turned out that Thailand became the first victim of the concentration on pure variants. I was shown data proving that Thailand has done a lot of genomic sequencing in the past and that Beta was on the way out when Delta took over. However, in the past month, they have only uploaded 5 samples, one of which was found to be beta positive. Only one case, but 20%. If they can share a lot more data, showing the beta is no longer active, then everything will be fine. Until they do, the December trip is in danger, I’m afraid.

Flight to the Balearics on Friday 17. Would you say Spain has no chance of turning red?

I would say indeed that Rosie. Pack calmly knowing that your beautiful trip will not be disrupted. Have a good break!

The best IPL stars to watch in the CPL 2021 final